Musician Bahati’s wife Diana Marua is making boss moves in the music industry. Just a few months after being unveiled as a musical artist, she now has her own record label dubbed Diana B entertainment. Her new musical career was subject to criticism as she received numerous negative comments that almost jeopardized her decision. Either way, Diana didn’t throw in the towel and pushed further.

Her first song surpassed a million views in just 3 days! How sick is that? The 2nd one was also a hit and took her only 2 days to get to the million mark. Talk of buying views. This is what some fans claimed And with her husband’s support in tow, Diana’s music has been doing great. 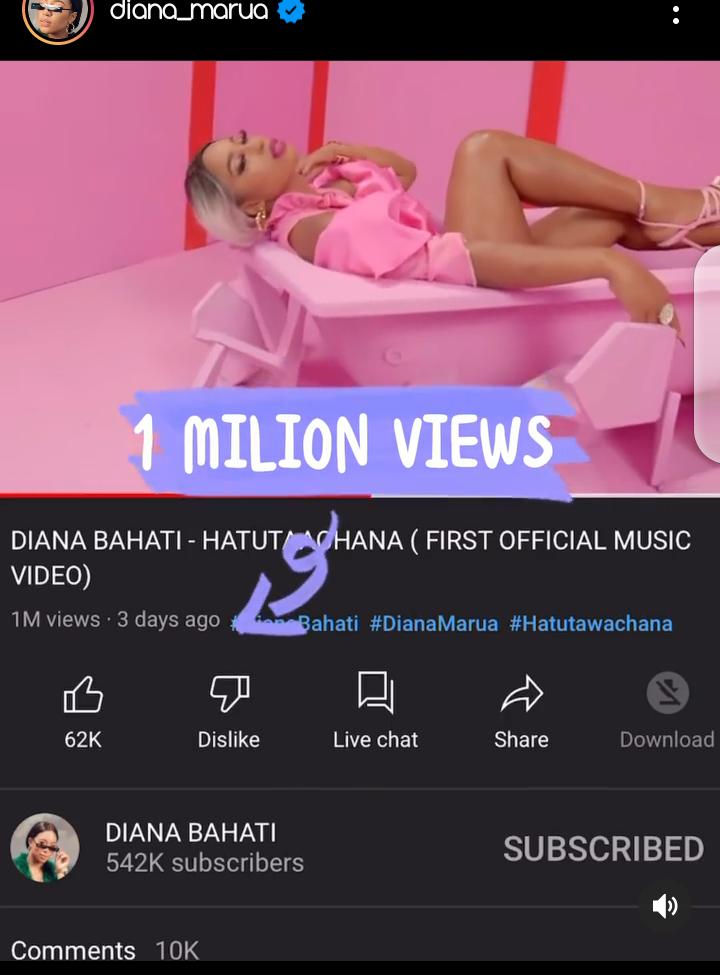 She recently lost her YouTube channel to hackers; who she claimed deleted her content. Shortly after, she regained it back. A section of fans believed this was a kiki stunt.

Anyway, Diana has now unleashed a new artist under her own label. Taking to her Instagram, she wrote;

And with her first signing, she is getting ready to release her first song of the year.